Long before supermarkets were forced to give or sell non-plastic bags for customers to carry groceries the women of Papua New Guinea (PNG) were using the ultimate shopping bag - a bilum. A fibre bilum is perfectly suited to today's environmentally conscious world, being reusable and biodegradable

Originally made from traditional materials they are now usually made from commercially manufactured material such as nylon and wool. The original fibre was manufactured from the inner bark of the wild tulip tree and other readily available natural materials. First the bark is soaked in a stream or the sea for up to 8 months until the material that binds the bark twine together rots. Then the bark is dried and the strands of bark are separated before the woman will rub the bark with her hand on her thigh to produce the strands of twine.

There were many methods used to traditionally change the colour of the twine fibre. Sometimes the twine was rubbed on a white stone and the result was pure white. Another method was to soak the twine in mud before weaving. Slate stone, orchid bark, roots and jungle grasses were some of the other materials used to produce dye. Burnt shell was often used to make the dye fast. Some special seashells were also crushed to produce a dark red dye. The end result was often striking especially the earthy colors. Unfortunately it is becoming more difficult to find a genuine traditional bilum.

A modern day bilum, often taking weeks to make, is fashioned from commercially manufactured wool and often brightly coloured nylon strings but nothing beats the feel and pride of owning a "real" bilum made from traditional fibre. 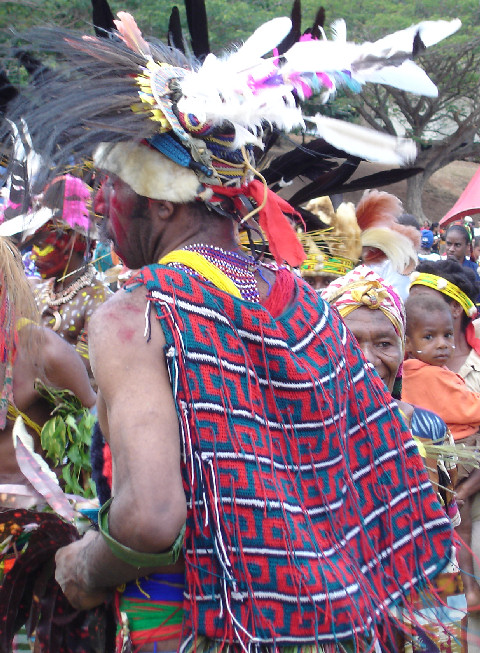 Bilums are used to carry a wide range of items, from shopping goods in large bilums to personal items in purse-sized varieties. Mothers often carry their babies in bilums and swinging a baby in a bilum usually guarantees a sleeping baby in a very short time. 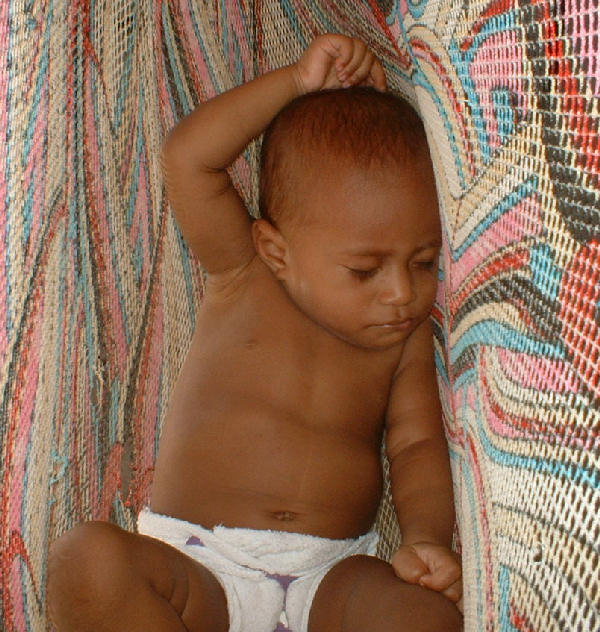 The first bilum festival was held at the Raun Raun theatre in Goroka, Eastern Highlands province during September 2009. 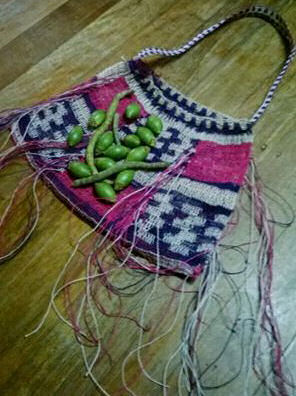 Bilums have even graced the front covers of books and magazines. For example here is a book edited by Laura Zimmerman-Tamakoshi and Jeanette Dickerson-Putman 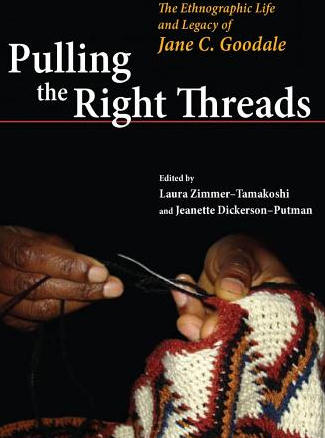