BSP Brings Tennis to the Schoolchildren of Papua New Guinea

In May this year (2009), BSP, the largest Bank in Papua New Guinea with 35 branches nationwide, and previously known as Bank of South Pacific, announced a major sponsorship worth K150,000 for the PNG Tennis Association, and created the BSP Regional Community Tennis Programme as a result. With strong local support from BSP branches, this sponsorship will bring the energetic and healthy sport of tennis to thousands of school children throughout Papua New Guinea in the year ahead.

PNG Tennis Association Development Officers, Michael Foo and Lavu Ivuyo, have dedicated their time and knowledge of the sport to ensure the sponsorship is a resounding success.

The Tennis Programme commenced last May in Daru, the capital of Western Province. Over 2,500 students and their teachers enthusiastically took part in what was to become phase one of this very ambitious tennis project. Western Province Education Superintendent, Asigabo Asiri told the many people gathered at the official launch of the event in Daru, “Include sports as part of your learning because if you are physically fit, it will help you mentally as well, and I thank BSP and PNG Tennis Association for bringing tennis to us in Daru.”

Since then, the BSP Regional Community Tennis Programme has rolled out to many schools around the provinces. After the overwhelming success of Daru, the Tennis Programme was taken to the distant mining town of Kiunga, where over 1,900 students and teachers participated from a total of nine different Primary, Secondary and High Schools in the area. The programme has also gathered the on-going support of management and staff at BSP’s various branch locations, as they have all become enthusiastically involved in this local community event.

To date, the Tennis Programme has reached out to almost 10,000 students and teachers in Daru, Kiunga, Wewak, Maprik, Aitape, Vanimo, Tabubil, Madang and Buka in the first three months of operation. BSP has provided participating school children with attractively printed t-shirts, tennis racquets and tennis balls, nets and other requirements, along with the tennis training services of the PNG Association Development Officers, Michael and Lavu, who are performing an excellent job travelling around PNG and teaching the fundamental skills of tennis to the students and teachers in schools throughout the country. 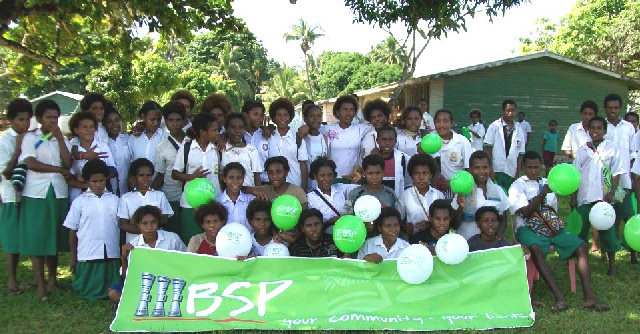 Phase 2 of the tennis programme covers the period September through to December 2009 during which a further 7 main centres are scheduled to be visited by the PNG Tennis Association as they extend their intensive training course to as many school children and teachers as possible. 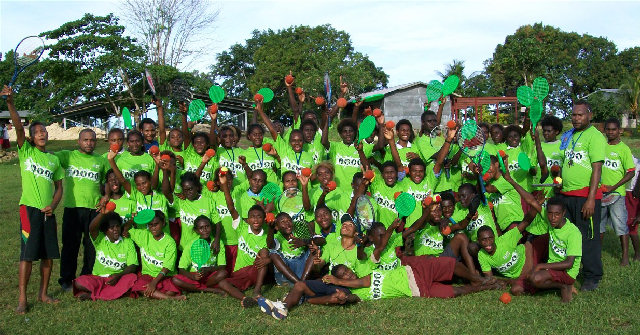 Phase 3 which is scheduled to commence in March next year, will encompass Mt. Hagen, Mendi, Wabag, Moro, Lae, Bulolo, Goroka, Kainantu and Lihir. 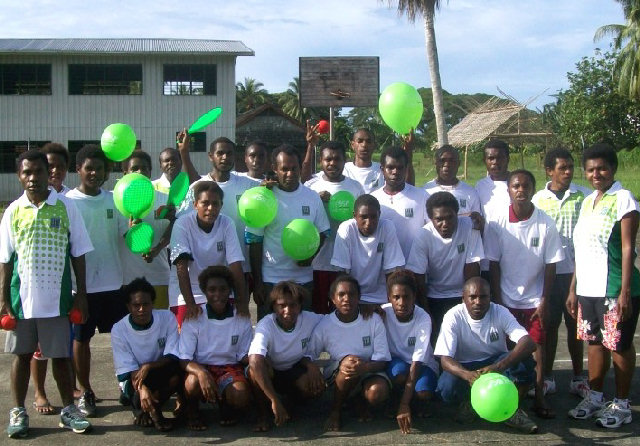 An important aspect of the BSP Regional Community Tennis Programme is what’s referred to as the Train-the-Trainer segment. At each school location, special training is provided to selected teachers so that they in turn can continue the training of more school students, as the programme is intended to create an on-going sporting activity for many schools as part of their curriculum.

The programme has received widespread community support as schools, teachers and parents have all recognised the many benefits that students can gain from participating in such a healthy and active sport in their local community. In some areas, moves have already been made to establish local Tennis Clubs as a direct result of the training and equipment so far provided.

Rosemary Mawe, BSP Manager PR & Communications, said that BSP is pleased to be in a position to help the many thousands of young students at schools around Papua New Guinea through the sponsorship of this very rewarding tennis programme. Rosemary added that the Bank has also provided schools with additional assistance by encouraging BSP’s local branch management and staff to help out wherever practical during some of the tennis events that have taken place after training. This has achieved excellent public awareness of tennis and has further strengthened the Bank’s direct involvement in supporting local communities.

Special thanks must go to the PNG Tennis Association Development Officers, Michael Foo and Lavu Ivuyo for their dedication to this very worthwhile cause.

Supporting Sport in PNG with BSP… Your Bank.