Some more photos taken by myself and some taken by others

Hi, my name is Tasiana Inagereia Michie. I was born on the 21st of October, 1996. I am eighteen years old, 169cm tall, like the colour aqua and want to be a Beauty Therapist. Here are a few photos taken on my first birthday and here are some photos taken when I had my birthday cake on my third birthday. Please take a look at my photographs taken when I turned two. If you are still interested then here are my 4th, 5th, 6th, 7th, 8th, 9th 10th, 11th, 12th, 13th and 15th birthday photographs.

I have two brothers both much bigger than me. The eldest, Simulai or Sim for short (the one who helped me type some of the information here) is now over 30 years old. The second in line is Gadoeno or Gado for short, he over 25 years old.

Here is a photo of my nephew - Sebastian taken in January 2010. Below that photo is a very special intersection for the Michie family. Here are a few photos taken near Glenlyon and the River Loddon in Victoria (Australia)

In October I traveled to Perth in Australia for Ashley's marriage to Christine. Here are some wedding photos. Of course I also had a birthday and here is a photo or two from that.

I travelled to a place called Fiskville in Victoria to watch Simulai graduate as a Fire Fighter with the Country Fire Authority. Here are a few pictures of the event. Even though it was summer in Australia it was still cold for people from Papua New Guinea. Victoria is in the middle of a very bad bushfire season. Here is another page created by Simulai

Here are some photographs of my eleventh birthday This year I travelled to Australia before my birthday and had a party in Melbourne as well as later PNG.

Here are some photographs of my ninth birthday and some more are here. On the Sunday after my birthday we went for a drive up to Daulo pass on the border of Chimbu and the Eastern Highlands provinces.

Here are some photographs of my eighth birthday.

Here is some information on the games played in PNG villages

Myself with Lisa, Kila and Simulai (in Melbourne - October 2002) 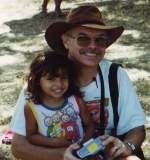 This is a picture of me with my daddy at the Port Moresby showgrounds taken in June 1999.

February, 1999. I am now attending a pre-school every day. I am learning to make an even bigger mess than what I was able to get into at home. It's wonderful being able to paint and scribble.

October 1998. I have just celebrated my second birthday. Why don't you take a look at my birthday photos?

July 1998. I am just back from an overseas trip to the UK and the Netherlands. On the way back I was lucky enough to have my own seat from Amsterdam to Singapore courtesy of Singapore Airlines. We sat in the top deck of a big 747. I had my own TV and telephone. See a picture of Simulai with his telephone.

In 1997 I was living in Australia while my mum did some work towards her masters degree but I returned, in Jan 1998, to Papua New Guinea. My dad flew down every month to visit and my brothers came for the school holidays.

My hobbies are eating, sleeping and just mucking around.

Below you should be able to find a picture of me standing in front of a lagatoi canoe. These are traditional Hiri trading canoes made from traditional materials. 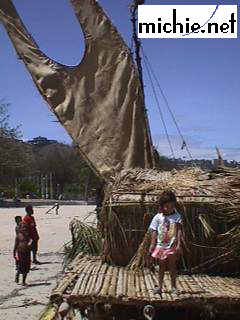 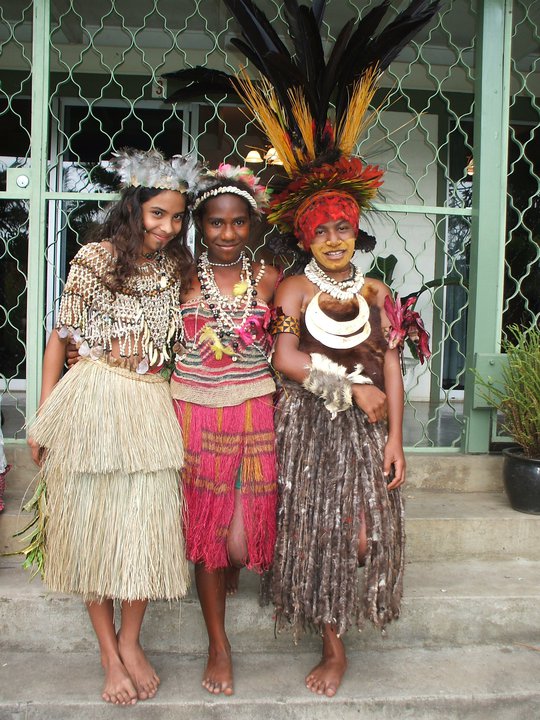 This photo was taken in Goroka Eastern Highlands Province, Papua New Guinea on Independence day the 16th of September 2009 at Goroka Preparatory School. My best friends Alexisa (middle) Barbara (right) and I (left) in our traditional attire from Milne Bay, Madang and Simbu. 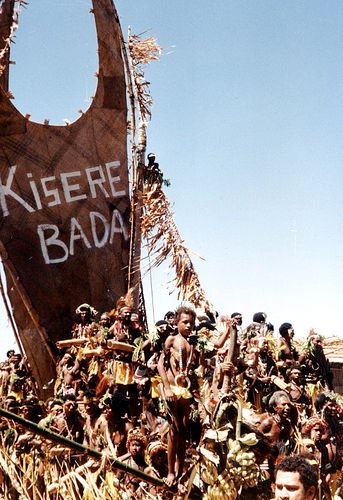