A kundu is a drum hollowed out of a tree. There are many types of wood (trees / diwai) that are suitable for making kundu drums. No matter what type of tree it is the tree is felled and later cut into sections suitable for making the kundu. This is usually around one metre in length. Some kundu's are utilitarian while others are decorated making use of the natural timber structure.

The striking surface of the kundu is usually made from snake, lizard or goanna skin stretched across one end of the hollowed out tree. Resin is used to fine tune the kundu 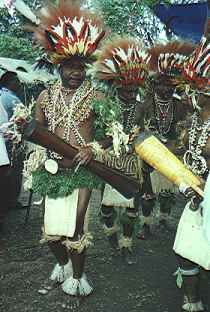 Kundu drums are used to provide accompaniment to songs that are sung at various ceremonies such as sing sings, funerals, perhaps the inauguration of a new minister at the local church, a new canoe, at the completion of a building and other major events. Really there does not have to be any particular reason to beat a kundu. 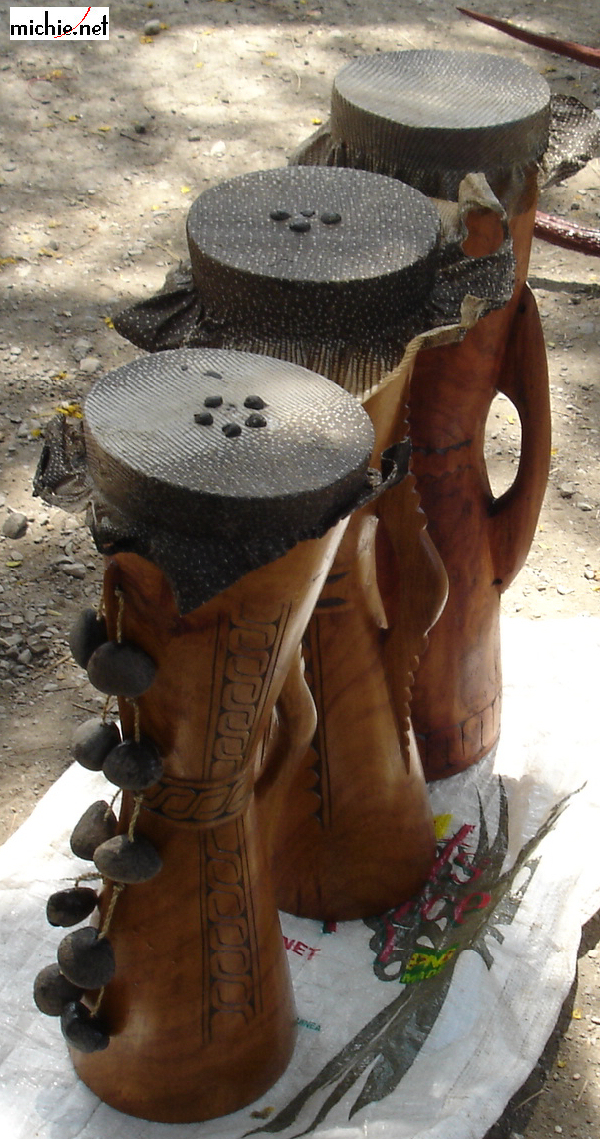 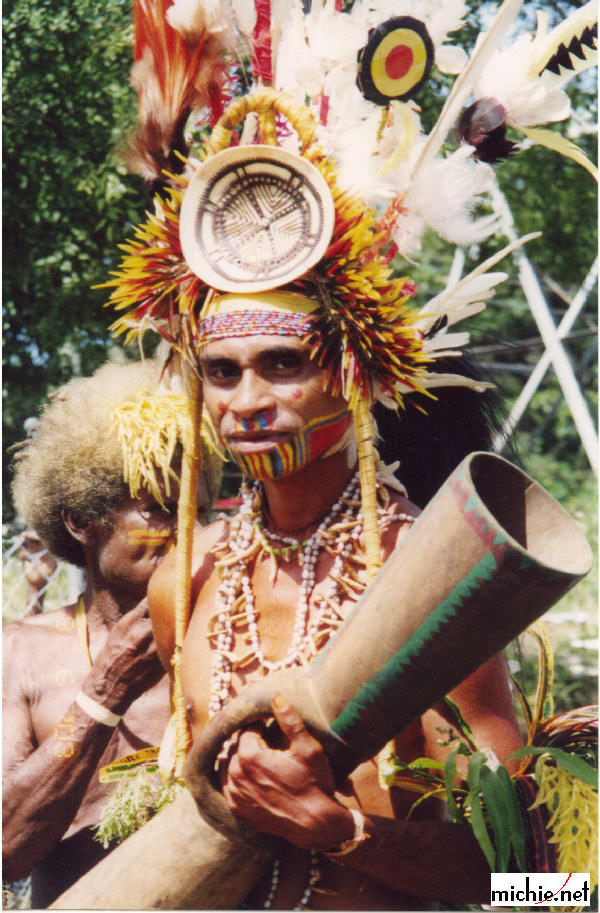