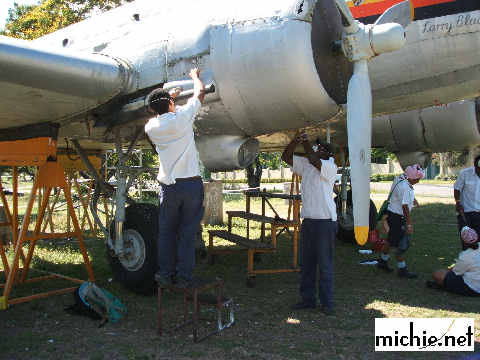 The plane is being worked on as a training project by Air Niugini Engineers.