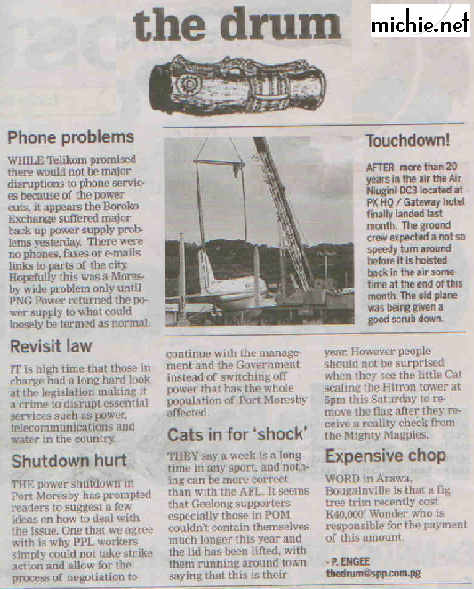 After more than 20 years in the air the Air Niugini DC3 located at PX HQ / Gateway Hotel finally landed. The ground crew expect a not so speedy turn around before being hoisted back in the air sometime at the end of this month. The old plane was being given a good scrub down.

The last major restoration, before July 2007, was carried out by AIR NIUGINI Engineering Workshops in December 1986

There are four (4) commerative plaques mounted on the poles that hold the plane.