At Torokina itself the sole means of transport is a tractor. The local member of parliament has purchased an ambulance for the people of Piva but the ambulance has sat at the Ela Motors dealership on Buka Island for a year. The cost of transporting the ambulance to Torokina on a barge is too expensive. 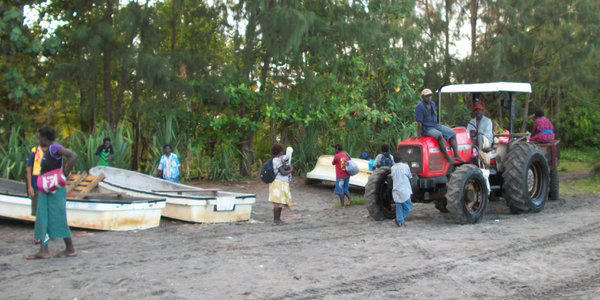 The only land transport in the Torokina area - photo © Donna 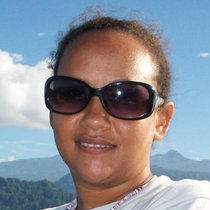 Torokina is the site of many important invasions and land and sea battles between Allied and Japanese Forces during the Second World War. See -- http://en.wikipedia.org/wiki/Cape_Torokina.

Benua Cave is a giant sinkhole in the Torokina area along the Keriaka Plateau. The cave has the largest cavern in the world (length = 470m, width = 150m and height = 170m).