The Bank of Papua New Guinea has released a new issue of the 50 Kina note. This banknote incorporates advanced security features to help protect against counterfeiting whilst still retaining many features from the old paper K50 note. The note features the Parliament building in Port Moresby

The new features are listed below. 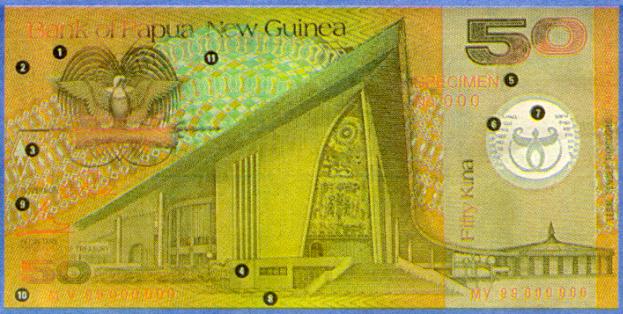 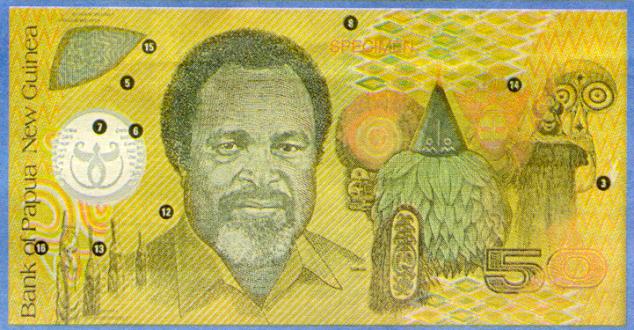 The note is printed by -- Note Printing Australia Limited