My name is Trevor and I was living in Port Moresby, Papua New Guinea. (PNG or pg - Telephone ISD Code 675)

Thanks to the Internet I can communicate with the rest of the world at a cheaper rate and often more reliable than telephone calls.

For example this is the cost of a telephone call to various places using a non operator connected call. The costs are shown in Kina which is the local currency. The Kina ("keena") is divided into 100 toea. ("toya")

The prices above do not look too bad but they haven't changed from the days when the US Dollar was worth less than the Kina. In other words at one stage the cost of a call to USA was more than US$3.50 per minute. It is only due to the rapid fall of the Kina that these prices are now starting to look reasonable. I would suspect that the telephone company will increase prices to offset the fall in the Kina.

Internet Service Provider connection costs are approx. K2 to K3 per hour with another charge levied by the Telecom Authority of about the same cost per hour.

My main field is telecommunications but I have worked with computers since the late days of CP/M just before IBM changed the world with desktop personal computers. No comment as to whether that is good or bad!

I first came to PNG to work for the Telephone Company but in 1991 I made a move to the National Airline of Papua (trading as Air Niugini Limited).

During 1999 I worked with Air Niugini as the Y2K Project Manager. With the successful completion of this project using very limited resources I was offered another position of Special Projects Manager within the Information Technology Department. Some of my projects are the implementation of an in-house e-mail server using Red Hat Linux and also to implement an IT Strategy along with appropriate Policy and Procedures.

The Information Technology Department used to use a Fujitsu (M1600) Mainframe which I helped to install in 1993 but it now uses a Fujitsu GS8400 which I also helped to install in 2002. I am also responsible for the maintenance of this beast as well. Air Niugini also use many Personal Computers as stand alone computers and also network together. Our reservation system, called GABRIEL, is handled by SITA from one of their many computer sites around the world. This particular site is located in Atlanta, Georgia, USA.

We host several travel agents using the GALILEO System. Some of the agents are using a simple terminal interface but other agents have cut over to the latest and greatest system from Galileo - called FocalPoint. (starting in June, 1998)

1998 was a busy year for me because we opened two new passenger terminals in Port Moresby at Jackson's airport. One is for domestic passengers and the other is for international passengers.

The Air Niugini cargo system is based in London, UK. with cargo agents handling most of the international cargo paperwork.

1999 was an even bigger year for me as I was drafted in to being the Y2K Project Manager at the end of 1998. Up until then we had had many Y2K meetings but the time had come to formalise all the individual groups and bring them under one manager.

2000 - The start of the year came and went without too much to worry about. Due to cost constraints in PNG many pieces of equipment had to have the date rolled back to the 1990's so that they would continue to still work. Luckily we only had one piece of equipment in that category and that was our Access Control System. Many overseas countries would have been able to spend a few thousand on new equipment but it was not possible for us. Anyway the system is still running and giving us predictable results to this day. (24 Jun 2000)

2001 - The Access Control System is still running. It may be replaced this year sometime but not because of the Y2K problems :-) This year could be another big year for the company as it is currently a semi-government agency which is about to be privatised. (10 Jan 2001)

2002 - (August) Air Niugini has now leased a Boeing B767 aircraft from Air New Zealand replacing the A310 Airbus.

2003 - ah 2003! where did it go? The year started off with a move from where we had been staying for years to a penthouse closer to the main shopping centre of Boroko. From there it didn't slow down

2006 - I am still with the national airline working as the IT Technecal Services Advisor.

2007 - I took the plunge and moved back to Melbourne after 27 years overseas.

That's all for now. 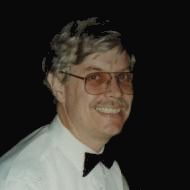 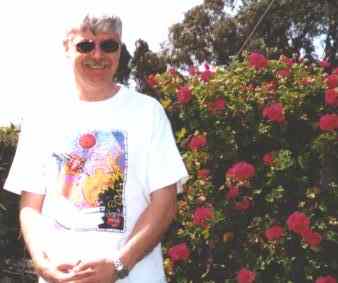 Return to My Home Page