What types of foods are staples in PNG? Staple foods in Papua New Guinea are taro, bananas, kaukau - sweet potatoes and sago.

After mashing the cooked sweet potato,
mix in the butter, onion, milk,
cinnamon, salt and pepper.
Separate the egg whites from the yolks.
Beat them separately.
Fold the egg yolks into the mashed potato
followed by the egg whites.

Place mixture in a greased baking dish.
Brush the top with butter and bake
in the oven with the dish placed in a
pan of water for 35 to 40 minutes at
160 degrees Celsius.
(325 degrees Fahrenheit) 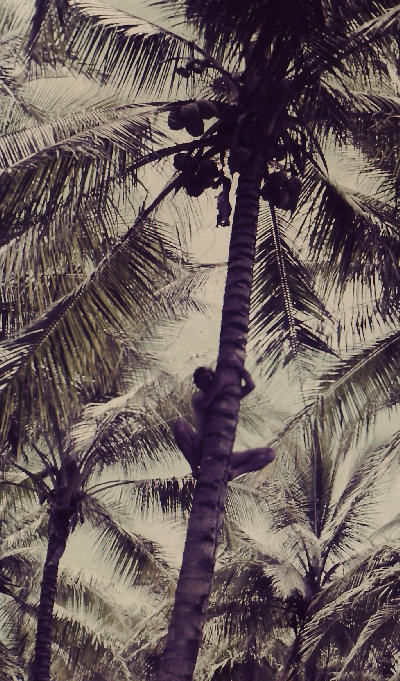 Scrape the flesh away from the coconut shell - (so that it resembles desiccated coconut) for each scraped coconut add one cup of water to the scraped mix. Squeeze the mix between your hands and strain the resulting cream into your prepared dish or save for later.

For those of you who are conscious about their weight and worried that coconut cream might be too fattening then there is an alternative so that you can make up you own nonfat coconut milk.

Use volume for volume as a replacement for coconut milk.

6 cups of mixed vegetables
(whatever is available for instance you can use any of the following carrots, snake beans, kau kau or sweet potato, zucchini, green or red peppers, eggplant, potatoes and peas)

Mix together all the ingredients
with the saved vegetable water
and bring to the boil. Add all the
vegetables and simmer gently for five minutes.
Serve with plain, boiled white or brown rice.