My school last year was Korobosea International which is part of the International Education Agency. The school is situated in a suburb of Port Moresby strangely enough called Korobosea. Another coincidence is that the main road which is outside the school is called -- yes you guessed it -- Korobosea Drive.

The photograph below shows Mr Lascelles who was the principal of Korobosea school until he retired in June 1999 and returned to Australia. 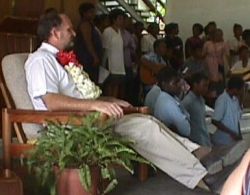 The new principal of the school is from Vancouver, Canada. His name is Dr Drew Davies. He hasn't been caught on film yet.

Due to a restructure of the International School system Korobosea will only go to grade 8 in the year 2000. this is a shame after a big building program for the grade 9 and 10 classrooms.

The school has many events throughout the year. At these events it is not unusual for students to perform. Sometimes this is good and other times it is bad. Some try to sing and others try to dance. 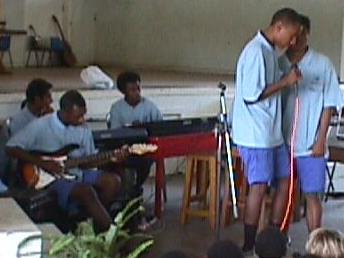 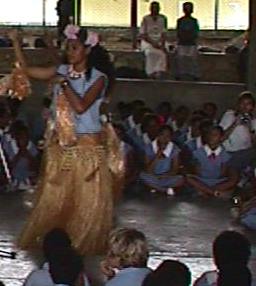